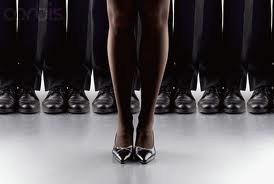 Unfortunately, without terra firma to anchor your feet, when you reach for the sky, you will fall on your face. The importance, and indeed, the crucial necessity of those who do the support work behind the scenes, those who have the backs of their fearless leaders, those who toil unnoticed and underappreciated; this cannot be overstated. The workers are the ones who carry the world on their backs and make it go round. They are stoic and enduring, and in fact, comprise the bulk of the humanity of the world. They are the 99%.

When all lines are broken and all lines are young, the message is ubiquitous and explicit—ground yourself so that you can be the ground for others.

The earth’s condition is receptive devotion.
Thus the superior man who has breadth of character
Carries the outer world.

The Judgement:
The Receptive brings about sublime success,
Furthering through the perseverance of a mare
If the superior man undertakes something and tries to lead,
He goes astray;
But if he follows, he finds guidance.
It is favorable to find friends in the west and south,
To forego friends in the east and north.
Quiet perseverance brings good fortune.

In readings, if the Receptive comes up at the coin toss, it is highly suggested that the reader take a step back and follow the lead of another who may be better suited to the task at hand due to their knowledge base or their higher skill level. There is nothing wrong with learning from or taking direction from those who have more experience. Sometimes, it is almost a sure way for everyone to win as a team.