This is hardly the kind of subject I want to be writing about after dusk, in a darkened room in the middle of winter, with a storm raging overhead.  I was going to wait until morning time to work on it, but I am nothing if not foolish.

So without further ado, and to quickly get through this part of the Black Sorcery series, I’m going to dive right in.

Also known as bùa Kuman Thong, this type of  bùa originated in Thailand and migrated westward until it permeated every nook and cranny of Vietnam.  The word Kuman is Thai for infant or fetus and the word thong means gold.  We Viets call them bùa Quỷ Linh Nhi, meaning Demon Baby Spirits.  Regardless what you call them, they are the same things:  possessed fetal corpses. 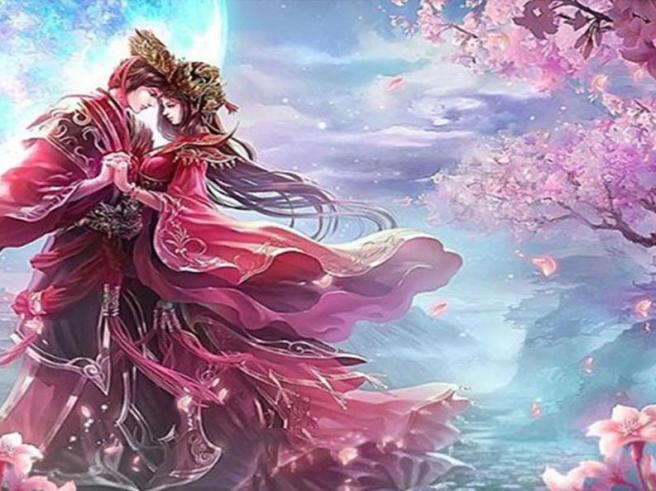 Earliest writings about them is a folktale that was, throughout the ages, orally transmitted down through the generations until 1283 when its written language was introduced by the third Sukhothai period king, Ramkhamhaeng (more on this in a future posting).  Subsequently, the epic poem was written down for the first time by the early 1800s by Sunthon Phu.

In his novel, Khun Chang Khun Phaen, he detailed the creation of the first bùa Quỷ Linh Nhi.  The story is about a general named Khun Phaen, who was married to a beautiful woman.  She was pregnant, but for certain reasons, was killed by her husband.  He took the body of his stillborn child from his wife’s corpse and went to a sacred temple.  For an entire night, went through a horrific ritual involving the repossession of the fetus.  By morning, the soul of the poor infant had turned into a bùa Quỷ Linh Nhi, a form of “guardian angel” who always followed to protect and bring good luck to the person who killed him.

Obviously, the story does not go into detail as to what is required for the formation of a bùa Quỷ Linh Nhi, but  whadya know.  I got a detailed description taken from a Thai spell book which I will share with my gentle readers.

Please be forewarned, this is ghastly.  If you don’t have the stomach for something like this, you can stop reading right here.

First of all, it is not easy to obtain a dead fetus.  To create one of these bùa Quỷ Linh Nhi, a highly skilled Black Sorcerer must do one of two things.  He musts either locate and dig up the body of a fresh corpse who is pregnant in order to extract the fetus from the mother’s belly, or he must kill a pregnant woman and then remove her fetus.  Either situation is ghastly for obvious reasons.

There is a huge demand for these bùa Quỷ Linh Nhi, therefore, dead fetuses are a hot commodity in Thailand.  It is quite common for graves to be desecrated to rob a dead corpse of her dead fetus, and hospitals are also hot spots for thefts of dead unborn fetuses that are between 2 and 7 months old.

Before the process of Bỏ Công Trục Ngải, a fetus can go for around $30 USD each.  After it has gone through the process of being possessed, the price jumps anywhere between a few thousand US dollars, to tens of thousands of dollars.  They are purchased by high end business people from Thailand, Taiwan, and Hong Kong, as well as entertainers who wish to become famous.

I’m not going to dwell on how the sorcerer gets his hands on a dead fetus.  I’m just going to jump to the next step.

After he has obtained the dead fetus, the Ngải Master must take that fetus to a quiet area free from the noise and interruptions of modern society.  A cemetery is a good spot, and for the entire night, he must Bỏ Công Trục Ngải, which means to use spells and various methods to call forth the infant so that it will repossess its dead body before sunrise.

During this critical time frame, he must dry the fetus over a fire to remove all liquids from the body.  The smoke from the fire is crucial to preserve the flesh due to many of the chemicals present in wood smoke (e.g., formaldehyde and certain alcohols).

Once dehydrated to a shrunken form (almost the size of a fist), the fetus is completely bone dry and is ready for the next step.  Acrylic is painted over the entire body and gold leaf is applied until it is completely covered.  At this time, the sorcerer begins the spells and various other methods to draw the infant’s soul back into the body.  A successful conjuring will result in a fully possessed bùa Quỷ Linh Nhi.

How to take care of a bùa Quỷ Linh Nhi

Once someone buys one of these bùa, a special place must be provided for them at the household of the owner.   The owner of such bùa Quỷ Linh Nhi must feed them daily, but these bùa are essentially infants.  The only things they need are milk and sweet drinks such as soft drinks or juices, but you have to do this every day.

If you no longer wish to keep these bùa Quỷ Linh Nhi, you cannot simply abandon them in a trash can or by the side of the road.  They will come back to you, and there will be hell to pay.  The only safe way to eliminate them permanently from your life is to bring them to a temple and relinquish them to a monk, who will work with them to slowly release them from the trap that they are in so that they can siêu thoát, or pass onto the next realm to continue their soul’s journey.

So now I go to the next part of this two part series:  The Bùa Thiên Linh Cái.