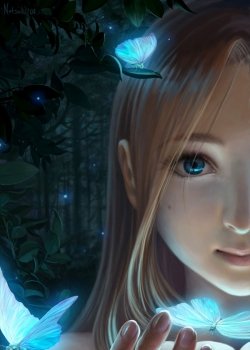 This is a continuation of the ‘Dreams’ posting which I published recently.

I quite frequently have dreams would shake me to the core. Some would make me cry with desperation only to wake up dry-eyed but with the solid memory of gut-wrenching desolation. Others would be so euphoric, I would literally wish myself back to sleep so I could continue with the joy of that moment. This does not mean that every single night, I have meaningful dreams, but when I do (and they occur several times a week), the dreams are so incredibly vivid, I wake up the next morning still filled with the sights, sounds, and smells of my experiences.

Almost all of my vivid dreams are prophetic in one sense or another. Almost all of them have taught me something. I have had these vivid dreams even as far back as my early childhood days. But as with all things, if you live with something miraculous, day in and day out, you seem to take it for granted, as something that everybody experiences; it’s no big deal.  And the reality is that not everyone experiences vivid dreams almost every night, so the fact that I do, all the time, marks me as somewhat unusual.   It wasn’t until I started paying attention to my dreams, that I began to comprehend what my subconscious mind has been hollering at me all my life.

The changes that I see today in myself are the ones that have always been there, just not recognized. I am simply tuning inward and saying, “Hey, lookie there! I remember that! I used to play with that idea or vision as a kid, and dang it, it’s still there!” Unfortunately, that which made me stick out like a sore thumb as a kid is now much harder to hide as an adult. Of course, as a child I was picked on by others around me for my strangeness. Nobody messes with me nowadays since I’m fully grown and can defend myself. Still, I still have to live in this present day, and thinking/acting/feeling different makes it more difficult to co-exist and blend in with all others around me. There is almost no way to hide this difference. It manifests itself as some sort of glow around me, so much so that one of my long-time acquaintances came to me one day and told me to ‘contain your glow, your aura is too far out, you are blinding me!’. Of course, I don’t see anything around me, but she is a very experienced empath/seeker, so I have been trying to keep it as close to me as possible. I certainly hope that in the future, I don’t have to keep hiding my natural tendencies, as it does get wearisome after awhile.

I know my post makes me sound so very strange, but please don’t think badly of me. I am quite normal, I hasten to assure you. 🙂