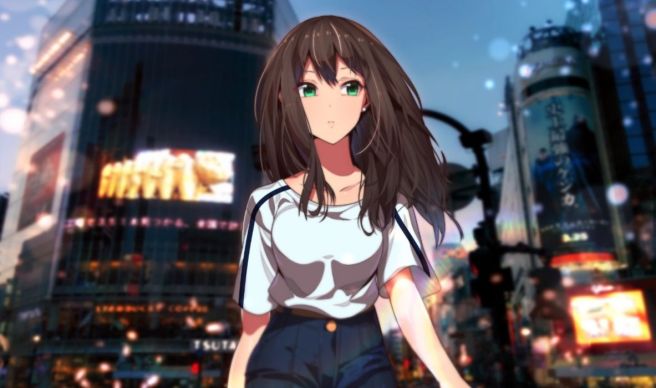 A few months ago, I went back to Saigon for a visit.  Normally, I fly into Tân Sơn Nhất Airport in Saigon and then take a caravan to Vũng Tàu where I hang out for the rest of the journey, but last year, I decided to hang out in the city for a few days, so I booked a hotel smack dab in the center of town in the Central Business District 1, and I had me some fun!

It was a beautiful hotel—luxuriously appointed, with the best of all worlds.  There was a fully appointed gym with top of the line equipment and a huge Olympic sized pool on the 3rd floor.

The 4th floor had a full-size casino which required a photo badge to enter because it is illegal for Viet citizens to gamble.  Even though I don’t gamble, I was given a photo badge anyway—just in case I felt the need to part ways with some US currency.

There was a French restaurant inside the hotel, but if I wanted something different, there were many other continental restaurants (meaning it had first class western style food) all around the hotel.  There were so many boutique stores filled with unique one-of-a-kind fashion items, and even a gift shop that sold nothing but top of the line whiskey from all the western countries of the world.

Saigon is truly a stunning cosmopolitan city, complete with all the bells and whistles that a top rate high end city in any country would have.  I was told by the locals that it was golden real estate, where homes can (and do) sell for millions of US dollars, and I believe it.

Across the street was a HUGE mall with all the most luxurious shops in the world.  Channel, Louis Vuitton, Tiffany, Prada, Dior, Ives St Laurent, Hermes, Dolce & Gabbana…you name it, they have it.  And then they have an entire street filled with jewelry stores repleted with showcases filled with glittering 18k gold bling, diamonds, rubies, sapphires, and jade.  There is nothing that you cannot get in Saigon’s District 1.

During the day, I went shopping, and when I got tired of shopping, I hit the coffee shops and restaurants.  After a full day of fun, I went to the spa and got my hair and nails done.  Then it was time for a facial and body massage.  And of course, I had to get into that amazing famous Viet-French fusion restaurant on the corner.  There were movies to watch, books to read, music to listen to.  Then there were sights to see, museums to visit, temples to discover.  At night, there was the night life, which I mostly skipped, because I was still trying to recover from jet lag combined with all the activities of the day.

I thought I had seen all there was to see of Saigon.  You see, this was not the first time I had ever been there.  Not by far.  I am a world traveler, and because of my utterly profound fascination for Vietnam, I find myself repeatedly traveling back to this country.  But there was something that I didn’t know, or perhaps had forgotten due to the passages of time.  This noisy glittering city held an old and obscure secret.

It was the place of a bloody massacre over 170 years ago, deep in the heart of Saigon, and I had just spent several days and nights frolicking around in the epicenter of that terrifying madness.

In a spot that is demarcated by a huge circular roundabout called the Công trường Dân Chủ (roughly translated as Democratic Development), marks the spot of one of the grisliest mass killings in modern history of the city, the Mả Biền Tru Massacre (chém ngay, không cần xét xử, or grave for the slain-without-trial massacre), also known as the Mả Ngụy (grave-for-the-treasonous), which evolved over the years to Mả Lạng (grave of the unknown).

I say modern because even though this bloody event took place 185 years ago (1833 to 1835), during the rule of King Minh Mạng of the Nguyễn Dynasty, that’s relatively recent when you consider the fact that my people have been around for thousands of years.  For us, a couple of hundred years is really not that long ago.  Also, the name change, from ‘the treasonous’ to ‘the unknown’ occurred because over time, allegiances change. Those who once were considered treasonous were eventually reconsidered to be simply unknown.  I am going to refer to this grave site using the most recent name it has been given, for expediency’s sake, Mả Lạng.

Within 4 square miles of that round-about is the site of a very large cemetery.  This site is HUGE, encompassing the entirety of Districts 10 and 11, and portions of Districts 1, 3, and 5.  Originally, this cemetery had thousands of above-ground crypt graves of those who died before the 1835 massacre, but the slaughter pit is more contained towards the Công trường Dân Chủ round-about.  This mass grave held 1.831 people—men, women, and children—young and old— babies and children.  They were all massacred doing a bloody failed revolution to seize control of Saigon from the Central monarchy of Minh Mạng.

Every single person who had the faintest whiff of a tie to the members of the revolution were all rounded up and marched to the Đồng Tập Trận (Field for Stage Combat), where they were systematically slaughtered by a single slash of a sword to the back.  Many of those who died were babies and young children, and had no idea why they were being slaughtered.

In Vietnam, a proper burial is essential for the spirit of the dead to rest and resume their journey to the next junction of existence.  Most people are aware of what to do and where to go, but some, for various reasons, get stuck.  I detailed this in one of my earlier postings, Daemonic World 3: Ma, Quỉ, Thánh, Thần.  Under the category of Ma, the first four categories fit this situation:

Ma (ghosts) are comprised of several different types of entities, but they are first and foremost, the paternal soul group hồn (see Hồn Vía (Part 3): The Fracturing of Souls) that has lost its corresponding maternal group vía.

Under normal conditions, most hồn move onward and escape the world of yang (Dương Gian) through something that has been described time and time again as a tunnel of light (more on this later).  The veil between the two worlds are not easily penetrable; however, sometimes, there are extenuating circumstances whereby the hồn is able to linger within our realm.  They can be one of several reasons:

In the case of the unfortunate souls who perished during that time, they were executed and summarily and unceremoniously dumped into a vast pit with thousands of others who shared their fate.  It was a gruesome, terrifying time.

There was no order to the burial.  The soldiers who did the killing dug a wide shallow pit and threw all the corpses in a jumbled mangled heap.  It was a dump and cover activity that was done as quickly as possible, not just by royal edict, but also by necessity.

Then, as it is now, the weather in Saigon would be hot, humid, and almost unbearable during the hot dry season between March and July.

By August, the rains come, and even though it is hot rain, it does at least cool the ambient temperature somewhat.  But trust me, it’s still HOT and HUMID!  That deadly combination does major damage to a corpse in a matter of 24 hours.

As quickly as they tried to bury the dead, digging the pit took time, and transporting all the dead bodies to the grave site also took time.  It would have been a herculean effort to complete the job it within the span of a couple of weeks, but from all historic accounts, it was closer to a month.

It is stated from various documents that after the massacre, the stench of death was so strong that the ghastly smell in and around the entire city took almost a month to dissipate.  The horror of the event, however, lived on in the psyche of those who survived.  It remains still, to this very day.

In my next posting, I will talk about the mass grave and its impact on the people of Saigon today.