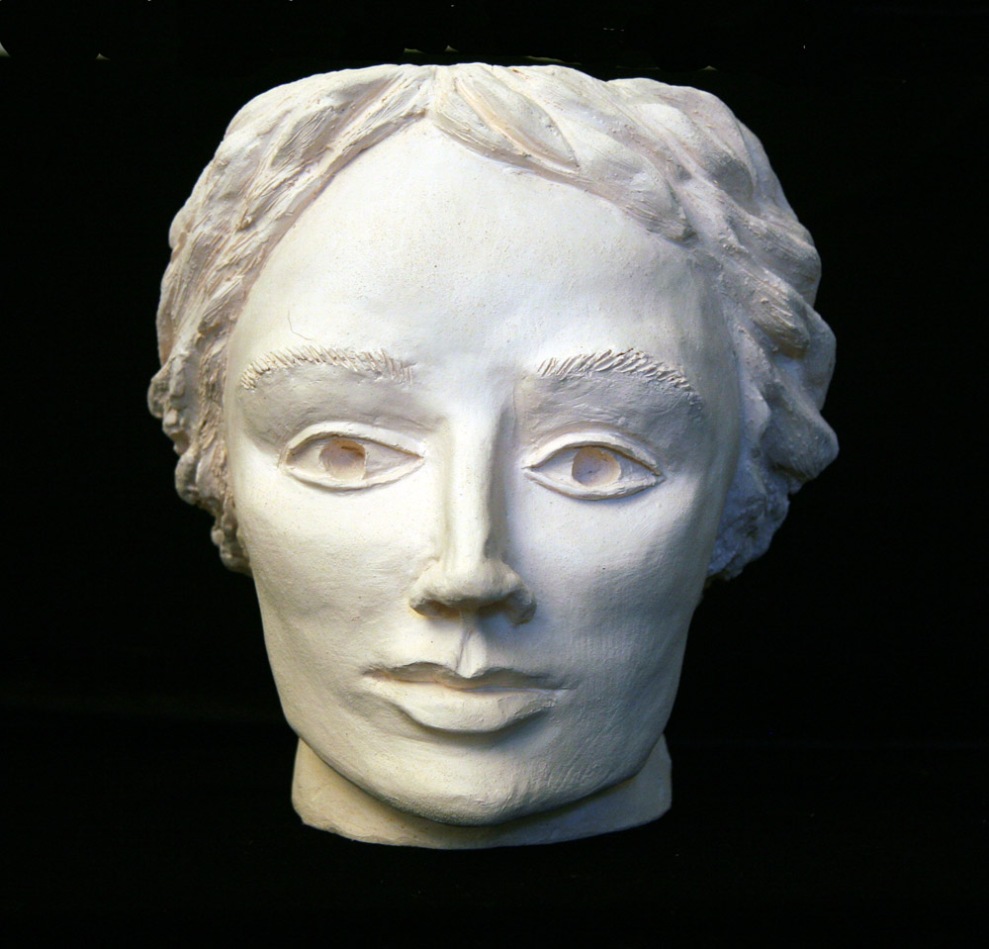 It’s been a couple of years now, since I started working with clay.  Originally, it was just to have something fun to do with a very good friend who owns a small clay studio, but lately, it’s gotten a life of its own.  This was suppose to have been a clay sculpture of a very old woman, but she kept getting younger and younger as I kept sculpting her.  I finally decided to stop working on her even though there was still so much more polish I could give because I didn’t want her to devolve into a baby girl.

The craziest thing is that I am currently working on a  mask that started off as the face of a baby and has now fully grown into a man.  (Picture to follow once I have finished sculpting it).  I can’t tell if it is something that occurs to everyone or if it is just my lack of skill to express what I originally intend the art piece to be.  But then I am reminded gently by my higher self that I should not beat myself up over what is suppose to be a creative and teaching process which serves to remind me of the relative nature of the world.

When the world knows beauty as beauty, ugliness arises
When it knows good as good, evil arises,
Thus being and non-being produce each other
Difficult and easy bring about each other
Long and short reveal each other
Music and voice harmonize each other
Front and back follow each other ~  Lao Tzu – Tao Te Ching

Basically, this means that we can only say a person looks old if we are comparing that person to another who looks young.  Each half of a duality cannot exist without the other, so inherent in the younger sculpted woman is the older one, existing side by side with each other.  By the way—this also applies to the concept of ‘good’ and ‘evil’.  It’s all relative.  There is no such thing as absolute evil or absolute good.  There will always be a kernel of the other inside the one.  The Tao symbol expresses this concept in a very elegant and timeless manner.

And indeed, there is no such thing as ageing when it comes to the physics of time, because all time exists all at once.  Linear time only exists in the minds of humans as a way for us to make some sense of our current reality.  I was able to make the comparison of old versus young only by the virtue of my hands, having allowed the older image of the sculpture to be called forth initially.

In truth, both the young and the old woman exist within the same point of reality called the Three Real Dimensions.  We live in this dimension, where we see ourselves change and age, day by day, and our memories only extend backwards, to the past.  We can only see in two directions, timewise—backwards and present-time.  In the attempt at sculpting a face in one frozen point, my hands kept trying to represent all the aspects of a timeless human, and failing miserably at that feeble attempt.  Let me assure you that this is not due to the fact that time does not exist all at once in the Three Real Dimensions.  It is simply because I lack the necessary skills and abilities to adequately represent that dimension, but my inherent inadequacy should not influence any one else of the suggestion or even hint of the idea that time is not a man-made construct, or that it even exists in any fashion other than all at once.

One last thing to ponder:  there is no such entity as Darkness.  There is only Light, and the absence of light.