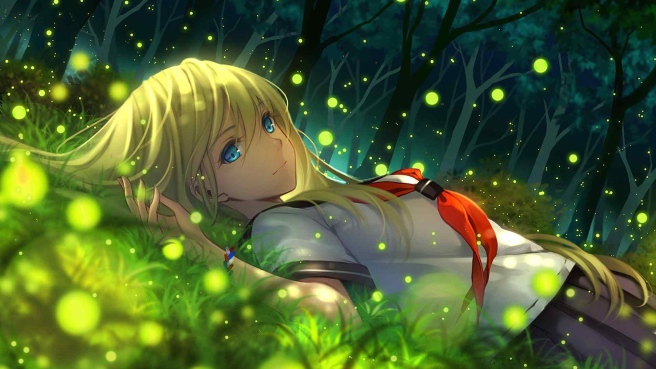 (Continuation from Change:  Frames of Time)

It is the start of a hot dry summer where I live.  The days are long and lazy; the mid-day sunshine casts a mottled, shade-drenched, water-color palette through the large lavender crepe myrtle tree, down onto the deep red roses which grow in profuse abundance all over my garden.

My rambling two-story stucco is nestled on the side of a soaring hill facing into the sunset, so I get plenty of sunshine.  Behind my house is a golden hill, dotted with gnarled oaks and redwood trees.  The soft rounded hill towers into the bright blue skies, separating the valley full of life from the desolate rocky plains beyond.  Lots of animals live in these hills including families of deer, kites, wild turkeys, the occasional bobcat, and plenty of skunks and raccoons.

Alongside these large wildlife, my back yard is also host to a plethora of insects and small animals.  The bees and butterflies buzz and flutter around my water fountain, protecting their precious water source.  The hummingbirds hang mid-flight, waiting their turn as the grey, weathered, stony water-bearer tips her jug, splashing water into the large basin below. 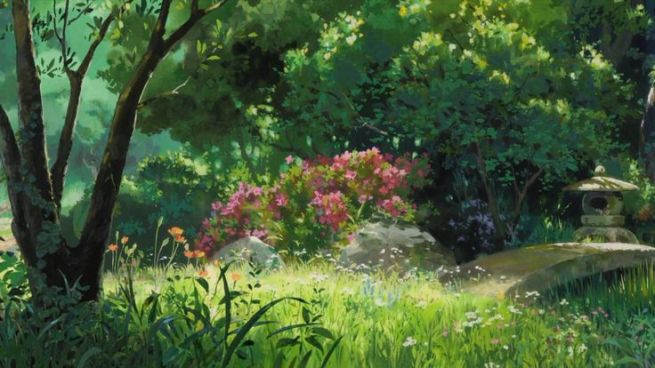 At night, the noisy crickets announce their presence, alongside with the wood owls’ hooting laughter.  The fireflies light up the night sky like tiny floating lanterns, lending their fair share of the magic and creating a sultry fantasy garden behind my house.

The jasmine in full bloom, hangs thick and heavy over my wooden fences, their scent heady and intoxicating in the sultry darkness.  Scattered lanterns attract the small gossamer moths which flutter like helpless captives within the small pools of light, nestled into the hillside.

I love summers here in California.  It is my favorite time of the year.  But alas…summers don’t last long–only three short months, and then the chilled, thin-boned reach of a greying autumn comes.  And then winter sits her heavy haunches on top of my world, freezing everything and killing all my tender flowers.  Luckily, winter only lasts three months, to be followed by spring.  By the time spring has sprung, I am eagerly awaiting summer again.

Everything changes.  Every moment determines the next instance of change.  This summer-to-summer changing of the seasons is considered a cyclic change.  It is but one of three states of Changes that the Ta Chuan talks about.  The other Changes are sequent change, and non-change.

In my previous discussion about Change:  Frames of Time, I spoke of the artificial construct that we call Time, or more appropriately, frames of time, which splits movements of celestial bodies into units that are measurable by human methodology.  In this posting, I will explore further, the Taoist idea of Change, incorporating the three states of change as described in the Book of Changes, the I Ching.

As with all things Taoist, it is dualistic in nature in that it is both cyclical and sequential, anchored against that arbitrary, yet fixed point of nonchange.  This is a rather nebulous statement, so I’ll do my best to nail these points down, one at a time, onto solid firmament.

First, we will talk about Nonchange.

3 thoughts on “Change: The Three Faces of Change”