SOMETIMES I FEEL SO BOXED IN!!!!

I have this almost unhealthy obsession to seek out so many things that are still existing at the razor sharp edge between the newly dogmatic accepted-truth and para-quasi-semi-fantasy-sci-fi-hallucinatory-magik-alchemy-mumbo-jumbo.

It always starts off the same.  One moment, I’m looking through a magazine trying to pick out a new perfume for the new year, and the next moment, I am suddenly caught up in the grips of some strange thought that I can’t get out of my head.  It is like a whiff of an urgent feel about something nebulous…some distant dots that I feel should connect somehow, but I can’t quite see the image yet because there are too many other missing dots in the spaces between them.

I walk around the house with a strange vacant stare in my slightly feral eyes, and I swear—I forget the most simple words to the most  basic things.  I forget to put socks on before shoes.  I forget my cell phone on its dock as I am walking out the door.  I even forget to put on lipstick outside!

It’s as if my brain cannot handle so much information and it is dropping the more common stuff to make room for the more complex things.  It’s almost as if my brain’s neural network system has been busy running different routes going into different areas of my brain and the old automatic routines aren’t getting much airtime any more.

So then I dig.  I dig like mad into that dubitable mixed bag of mumbo-jumbo because I know that tumbling around in all the plastic bottle caps and lint-covered cough drops, I might just be lucky enough to find some decent cubic zirconium stones set in sterling silver.  Once in awhile though…once in a very long while, I actually get a real gem hiding behind some greenish copper coins stuck to a lollipop stick.  This time I got a real diamond.  A big one!

It is with much joy that I present to you my latest finding. 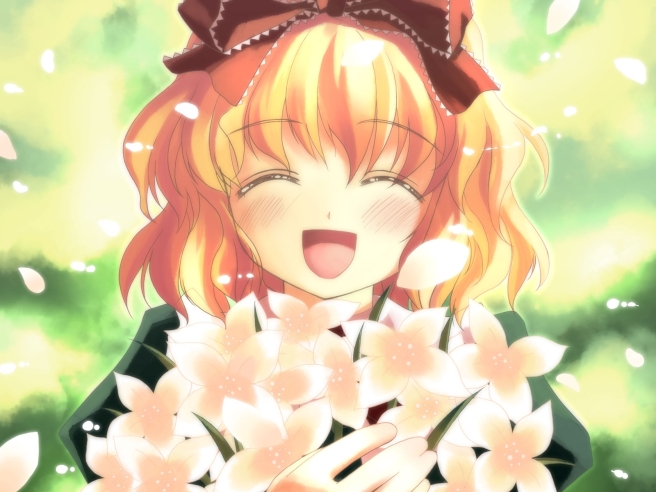 Let me see if I can explain this properly.

I have always known that the I Ching existed in the Vietnamese language.  I just didn’t know where to get the information, and since Richard Wilhelm’s I-Ching translation was available freely online, that was where I went to originally for information.  But that’s not the issue.  Here is the clincher.

Since I am a true bilingual (meaning I think in both languages at the same time when I speak in either language), it was a real handicap when I utilize the vocabulary of the I Ching as translated by Richard Wilhelm.  In this case, I am only thinking in one dimension—that of poorly phoneticized Chinese which didn’t mean anything to me.  I couldn’t truly visualize the scope of the meaning in its entirety because I wasn’t even pronouncing it correctly to begin with!

Deep within, I knew that the I Ching could be expressed in other ways and that the usage of the Chinese language was only one method with which the I Ching was using to communicate her thoughts with humans.  Now, it may seem as if I am off my rocker when I talk about the I Ching as a living entity, but in the course of the next few postings, I am going to attempt to (hopefully) convey my sudden bursts and glimmers of understanding about the true nature of the I Ching.

I knew that as much as I was studying the I Ching, it was an incomplete text.  There were too many gaping holes that didn’t make sense, and if there is one thing that I have learned throughout my sojourn into the world of the mystical, it is that the gaping holes look like holes only because we are not looking at it from the angle with which it is best viewed at.

In my previous post, I talked about the nature of holograms and the fact that when a hologram is viewed in 2D, it just looks like some interference patters (because that’s exactly what it is!!!).  However, when a light is shined onto the holographic plate, voila!  We get a complete 3D image that can be viewed from all angles.  But that’s not the only reason why, when something seems to be complex and difficult to comprehend, yet when approached from a different angle, all of a sudden seems so easy.

I mentioned in a previous post entitled The Great Square Has No Corners, about utilizing geometry to describe everything, from mathematical formulas, to the movement and placement of solar systems, to the correct placement and spacing between DNA base pairs.  This is on par with that sort of understanding.  Here it is.

Not only is it important to mentally understand the Judgement and to visually see the Image as described in each hexagram of the I Ching, it is also important to hear the Sound of the words of the individual trigrams and hexagrams.  After all, sounds, sights, and brain waves are all parts of the same wavelength.  When I missed out on the sound of the words, I lost an entire spectrum of understanding.

Imagine my huge delight when I stumbled upon the eight words that are AMAZINGLY basic in their Việt roots!  Words that I could actually pronounce—and pronounce correctly.

WORDS THAT I UNDERSTOOD THE MEANINGS OF!!!

These are all words taken from the ancient Nôm Việt, the language of my people thousands of years ago.  Now, don’t get me wrong.  I do not speak Nôm Việt, nobody does anymore, but I have heard my family talk about this early language of my people all my life.  It’s like being able to trace English language back to its Germanic roots.  It is very exciting!  I could see the roots of the words and understand why and how those words have evolved from their base roots to the modern day version of the word.

Quick example is Li.  Back in the old days, it was Lĩ.  Then it was Lúo.  After thousands of years, it changed to Lủa.  And now, the modern Vietnamese word for fire is Lửa.  It has always meant Fire, from the first time it was written down and spoken.  It remains Fire to this day.

All of a sudden, a whole group of connections lit up in my mind and an entire realm of understanding flooded in.  Remember, the I Ching is not just a two-dimensional diagram.  It is, in fact, a holographic entity that has been subverted into a two-dimensional chart so that we, the visually-and-acoustically-impaired human can grasp the basic concepts.  But its basic nature is that of a multi-dimensional sphere, which we can actually see in 3D (much more on that in a later post—{sigh} I keep saying that all over the place, don’t I.  Unfortunately, all these things converge at critical junctions, and I cannot talk about one thing without talking about another thing, which leads to another thing.  I am truly at a quandary sometimes, as to what direction to pursue next that would make the most sense).

To put this all into a form that is easier to see, I have arranged the eight basic trigrams, Càn, Đoài, Tốn, Khảm, Ly, Cấn, Chấn, Khôn into a spreadsheet.  I also included the binary equivalents because it will be important later on in future discussions.  The corresponding trigrams, hanzi, image, and attribute are also included.  I also threw in the Wilhelm because that is the English standard with which we have been using all this time, and it makes things easier to compare, side-by-side.

Let’s take a look at the hexagrams themselves.

The first and the last are well-known by everyone who owns an ancient Chinese history book.  The Bagua to the left was created by Fuxi, called Higher Heaven Bagua.  The Bagua to the right is the one that King Wen created, called Lower Heaven.

The middle one, the one with the bright red square around it, nobody’s ever heard of.  That’s because that one was kept within the realm of the Vietnamese people.  It was hidden in the Vietnamese mythology of none other than Âu Cơ  and Lạc Long Quân, which is funny because I just wrote up a translation of that myth yesterday!  Talk about serendipitous, this one has got to take the cake.  It is the Bagua of mankind.  Translations are a bit off too.  The Higher Heaven should be translated as Upper Heaven.  The Lower Heaven is correctly translated.  In between the Upper Heaven and the Lower Heaven, we have Mankind.  Sweet huh?

More about this later.  It’s truly late and I really have to get some sleep.  I’ve been digging through this mumbo jumbo bag for so long, I can barely keep my eyes open.  Till next time then, my friends.