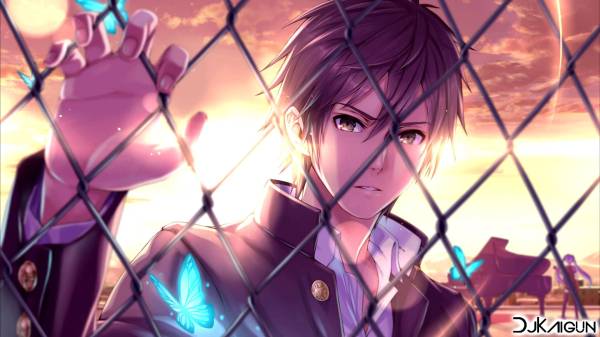 Human beings appear to be a slave race languishing on an isolated planet in a small galaxy.  As such, the human race was once a source of labor for an extraterrestrial civilization and still remains a possession today.  To keep control over its possession and to maintain Earth as something of a prison, that other civilization has bred never-ending conflict between human beings, has promoted human spiritual decay, and has erected on Earth conditions of unremitting physical hardship.  This situation has existed for thousands of years and it continues today.

Furthermore, it is conceivable that the alleged ownership of Earth may have changed hands over the millennial  in the same way that ownership of a corporation can pass among different owners without the public being a ware of it.

~William Bramley, The Gods of Eden

The idea of our existence as merely a tool for another slightly more advanced civilization (technologically—they were certainly no more spiritually advanced than we are today) fills me with great dread.  The great foreboding sense in me comes from several sources, and the more I dig through the catacombs of ancient history, the creepier I feel.  Reading through the various religious texts fill me with no small sense that the God everyone today knows of as God is, in fact, quite evil and we are stuck in some kind of strange hell that we don’t know how to escape from.

I don’t know about you, but it does not feel good to think about the Earth as a prison that we cannot leave.  I have always thought of Earth as simply a cradle, one with child-proof constraints that are placed there by a benevolent creator who has our best interest at heart.  It is restrictive, yes, but it was suppose to be only until we were intellectually and spiritually advanced enough to break free of the bonds through our own initiative and collective personal growth.  That was just my natural overflowing youthful optimism shading my view of this existence.  The truth may be far less benign.

It would seem as if we are more or less chattel, kept within the confines of a piece of property that belongs to someone or some entity, and as property, we are not allowed to roam about.  It may seem as if we can just blast off into space any time we wish, because after all, there is no physical barrier that we are able to sense, but do we really have that freedom?  Can we really just take off and be free to roam the universe?

It would seem that the answer is no.

How often do we hear countless people say that any exploratory efforts into outer space is a waste of money and time?  They would rather we spend the money on endless wars with each other to try and secure some small sections of over-populated lands than to figure out how to leave on our own steam.

There are also others who are so frightened of what might possibly be lurking out there that they would rather humanity tuck its collective heads into the sands of Earth and hope nobody notices all the babbling NOISE that is coming out of the cradle Earth.  I have news for you.  We are so loud and obnoxious, with our radio and television signals, combined with all the thousands of atomic explosions we’ve done within the last 100 years which are fraying the fabric of space-time—everyone who has space flight abilities already know we are here.

It’s funny because I actually have an idea of the last time power changed hands.  Remember all those gods who told their people they were leaving for awhile, but that they would be back?  (Quetzalcoatl comes to mind—as does The Terminator).  Well, it would seem as if some power that was more powerful than the power-du-jour came down and told these gods in no uncertain terms to get their asses off the Earth or there would be hell to pay.

It would seem then that there would have been some kind of fight, and that fight would have resulted in the gods being forcibly removed from their seats of power.  Since then, we’ve become, essentially orphaned beings with no idea how we got here or what we’re suppose to be doing, and what will happen next.  We would have been ripe for all sorts of persecutions, from religious dogmatics to power-starved-despots.  And as it played out within the last several thousand years, that’s exactly what happened.

I feel such empathy and sadness for the human race.  I really do.

Maybe…that’s the reason why I am here.