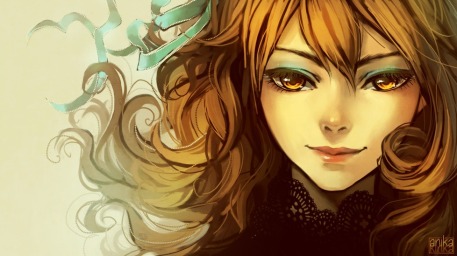 Sometimes, just sometimes…we have to stand back a little to see the scope of the entire picture.  I mean, it’s ok to focus in on the myriad of infinite details to understand more about what’s what, but to get the gist of what’s going on, we have to see the forest as a small portion of the cosmos and not get bogged down by all the trees that make up that forest. 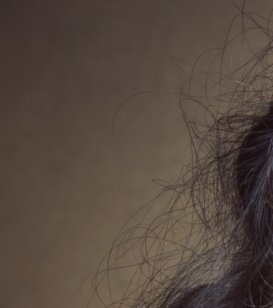 Take a look at exhibit A:  Here we have, what is obviously a person’s hair, but let’s just assume we don’t know what it is.  All we see are stray strands of something dark and kinky, and we have no idea what any of this means.  One way to understand this would be to zoom in on the details.

As our microscopic view increases, we see that certain strands curve up and others wind down.  We see knots and tangles here and there, and huge sections clumped together in random fashion while other strands stray away from the main mass of convoluting assemblage.

Since deduction about its properties is meaningless without the ability to prove what it is with hard science and mathematics, we bring in the math and try to figure out all the possibilities of curvature and movement of the individual strands, based upon how it is moving away from the mass.  We get something like this: 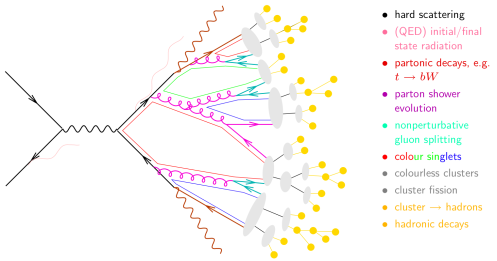 This is what is known as a Feynman diagram.  It details the possible combinations of movements, at the quantum level, that a particle can travel based upon certain criteria such as a possible collision with certain other probable possibilities.  Since the possibilities are quite literally, almost infinite, the number of calculations for each possibility is also quite dense and also quite cryptic.

The math is quite interesting.  It looks something like this:

Now, I’m not knocking the Feynman diagrams.  We should approach problem solving by delving into the quantum level to understand it at its most basic components.  This is how we are able to replicate something.  It does have a very important place in the slow but steady movement towards understanding all the myriad truths of our existence.  My thought here is that understanding of the bark and leaves of the trees should not be the only method in our plodding attempts to grasp the truths about the entire forest.

OK, so now, based upon the Feynman diagrams, we know that if the strand of whatever it is curves this way, it has several million possibilities to move in certain directions, depending on certain factors such as time of day, ambient temperatures in the air, random external drafts of wind, etc. etc. etc.

Knowing all this, we are still back at the main problem of not knowing what it is we are looking at.  This is the problem of analysing the trees to see what the forest looks like.  There is no way we can see that the forest of wavy strands look like this:

So while it’s cool to look at the edges and ponder on the significance of the direction and curvature of the individual strands of someone’s hair, it can hardly be illuminating.  I mean, who cares why one strand sticks out in one direction while another strand curls in the opposite direction.  Does it really matter when the truth is, the tiny section of gnarled tangled strands actually belong on the head of a very beautiful woman?

Taking this into consideration, and going back to the Feynman diagrams, what the mathematics was trying to prove are the movements of the individual dots, as they fly in space, come together to create something huge.  Each of these ‘something-huge’ is then a single dot, moving in the same Feynman-esque manner, to become another ‘something’ that is even larger, which brings us to one of our truths.

It is a fractal.

The math represents the squiggles, which represent the individual movement of the individuated points of the fractal, going in either direction, either extremely large or extremely small.  It does not matter which direction we look, the fractal remains the same.  And to be fair, we have been taught this in a myriad of ways.

As above, so below.  As within, so without.

The Sacred Geometries are obvious, if one knows where to look.  It is in everything, from the astronomic to the microcosmic, and we are all part of that Geometry.  This geometry is called the Scattering Amplitudes and the Positive Grassmannian, the brainchild of Nima Arkani-Hamed, Jaroslav Trnka, and a group of scientists who published their findings on December 21, 2012.

The resulting amplituhedron, when mathematically calculated and drawn, is the end result of what would have been a huge mess.  When taken as a fractal, it is simple in its poetic elegance.

Since the moving picture is too much to take in, if we freeze frame the moving GIF above, we get this:

This is what we are, and what the Universe is made of.  We are all part of this fractal, going from the very large to the very small.

There is much more to talk about in regards to this structure, but it will have to wait for the next post, as I am headed out the door for a nice lunch with a friend.

[1] Scatering Amplitudes and the Positive Grassmannian