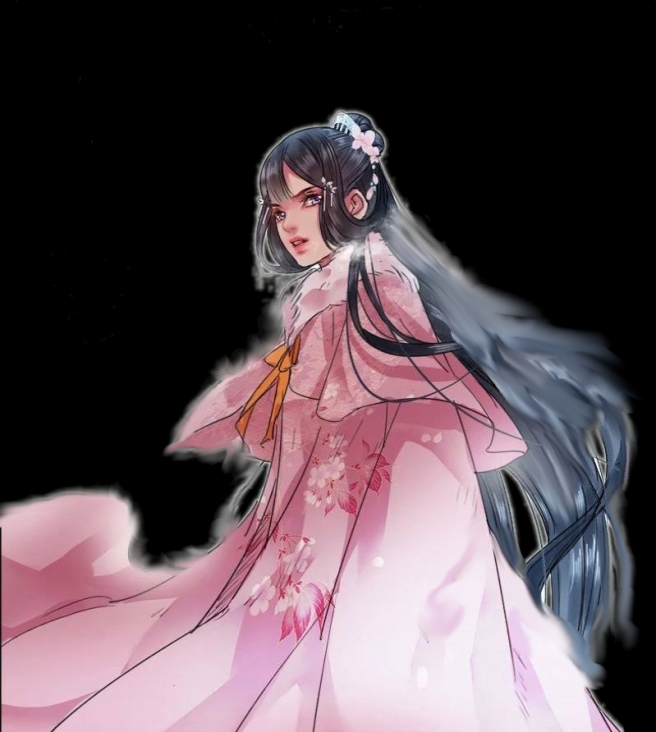 From above, she could see the old wizard carrying her body toward a flat rock, and began an incessant muttering, barely pausing just to take a breath.  It sounded like a chant or a spell-binding, but she could understand his words completely.

He was telling her what to do.

Kim Điền.  If you want to avenge the death of your father, you must stay within the vicinity until I can tie your various souls to this realm.  Otherwise, you will move onto the next realm and you will not have the opportunity to exact your revenge within this yang realm.  Do you understand me?  Give me a sign to acknowledge that you are aware and that you understanding me.

Kim Đình tried to answer him, but something was wrong with the vibrational waves coming from her throat.  He could not hear her.  She reached out to try and touch him.  Her hand was solid-looking to her, but it passed right through him.  She tried poking at him again, but it was as if she was made of smoke.

Again she tried.  Again, she failed.

Kim Đình began to panic.  How could she indicate to him that she heard and understood???  She had to find a way to let him know!  She began yelling and screaming, but he acted as if he could not hear her.  She tried running at him, but passed right through.  She was merely a wisp in his world.  She no longer existed.

Kim Đình cried out in frustration and slapped at the old wizard.  The force knocked him off his feet and sent him tumbling backwards.

That stunned her more than it did him!

Instead of being angry or upset, he laughed.  Good.  You have figured out how to communicate with me.  Now.  Touch me again, but this time, not so hard.  I am an old man.

Taking a deep breath, Kim Điền tried again.  She brought up all the anger and anguish she had in her heart for the man An Dương Vương, and gently tapped old Cao Sơn on the shoulder.

This time, she could feel his bony shoulder, and his clothes creased where she touched him.  Cao Điền nodded his approval.  She had figured it out.  He wasn’t sure how long it would have taken for her to discover the secret of influencing the physical yang reality.  Some new spirits take days.  Some never figure it out.  But this girl—this girl could do it within minutes of her death.

She was, indeed, quite strong.

Very good.  The ancient books do not lie.  You do have tremendous power–more so than any other Thiên Linh Cái I have ever dealt with.  You also learn quickly.  Soon you will have all the powers of a full-fledged Thiên Linh Cái, and you will be able to command the team that I have created for you.  But now, I need to bind you to this world before you are taken away.

He stopped and stared, not at her corpse, but out into the distance, for he knew she was no longer inside her body.  Are you willing to do this?  It is not too late to back out.  Tap me twice to indicate your agreement, because once I do this, it cannot be undone.

Without hesitation, Kim Điền tapped him twice.  She could not leave this realm until she repaid her debt to her kingdom.

Old Cao Sơn nodded and began chanting in earnest.  This time, she had no idea what he was saying but she could feel that these were power words.  With his coaxing, her consciousness was starting to fracture into parts and those parts were willingly remaining within the vessel that was her physical body.

Without the weight of the seven maternal souls keeping her moored, Kim Điền struggled to stay at ground level until she realized that it didn’t matter if she was on the ground or in the air.  She would not be buffeted about by any yang realm wind.

Once her seven maternal souls had returned to the body, the old wizard began pinning them down onto various parts of her physical body.  Then, without warning, he took hold of his sword and started hacking her body into pieces, all the while mumbling more incantations. 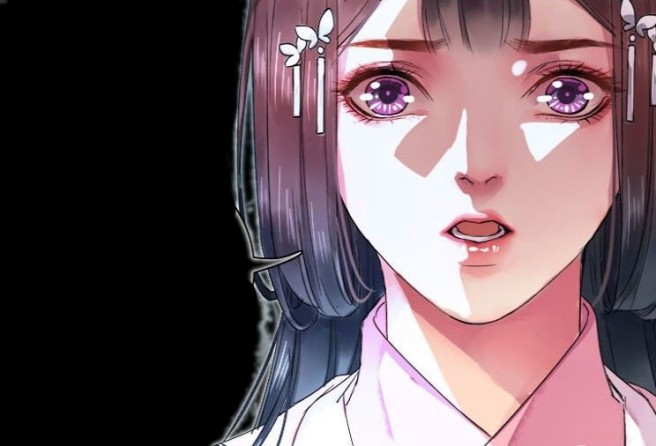 Stop!  What are you doing???  Kim Đình tried to scream.

But of course, he could not hear her.  His movements were swift and decisive.  Each motion, measured, calculated.  It was as if he had done this very thing so often that it was as if he were butchering a chicken or a lamb.

She closed her eyes and turned away from the gore and the blood, and although she felt no pain and could smell nothing of the yang realm, it still pained her very soul to see her physical body so traumatized.  She wanted so badly to ask him why he would mutilate her like that, but she could not speak to him.

After he had hacked her up into eight sections, he wrapped each piece in cloth and tied them securely, then he called the two soldiers in and had them haul the pieces away, leaving only the parcel that was her skull behind.  Only then did he turn back to Kim Đình.

I am very sorry princess, that I had to violate your body.  Old Cao Sơn bowed his head.

I had to act quickly to secure your seven maternal souls before they sank back into the earth, but now that I have done so, I will explain to you what just happened.

He gave a deep sorrowful sigh.  Since you were trained in the music arts and have never studied necromancy, I need to explain a bit about the methodology for you so you can understand the depth and breadth of how you will be serving your country.

It will be a thankless job and none will grasp the magnitude of your sacrifice. People will curse at you and call you terrible names.  Through their ignorance and fear, they will, most likely, consider you a demon of this realm, but you must persevere.

You have seven maternal souls that control seven systems.  He began listing them on his fingertips.  Respiratory, vascular, digestive, renal, reproductive, integumentary,  and reflex. These systems are fully automatic and will do their job without the need for you to think about it.

When your body dies, these seven souls are the first to go.  They are heavy, so they sink back down into the ground, to rejoin mother earth.  I separated your body into eight sections and pinned each of your maternal souls to a section.

I will bury those sections into various crucial phong thủy (feng shui) points in and around the mountain, so that your body will continue to protect this region automatically.  As long as they remain in place, your maternal souls will continue to guard the mountains and regions to which they have been pinned.  Do you understand?

Kim Điền nodded, forgetting that he could not see that silent gesture.  She brushed away her tears and marveled at the fact that even ghosts could cry.

But of course they could.  Ghosts are simply humans without a human body to occupy.  Their minds and hearts are still intact.  They could still feel.  Could still hurt.  Could still cry.

Her family had all departed from this realm.  There was no one left to protect the land.  There was only this one old man and a young ghost.  Loneliness welled up inside her and for a moment, Kim Điền thought about escaping from this cursed fate, to remain a spirit trapped within a realm she could no longer exist as a human being.

But then the image of the man who had killed her father surfaced once again.

That crushing pain returned with the intensity that left her gasping for air.  Her gasp, imbued by her desire for revenge and hatred of the man who had killed her father, was a loud echoing sadness that reverberated throughout the cavern.

Cao Sơn sighed.  He could not be such a highly skilled necromancer without at least some modicum of sensitivity towards the spirit world.  After all, most necromancers followed this line of study because they needed to be able to reconcile the fact that they, and they alone amongst the common throng of daily faces, could see, feel, hear, touch and sense the yin realm.

At this very moment, he could feel her grief and confusion as clearly as he could feel his own sense of mortality and hopelessness.  Nobody could reach this far into the mystical sciences without having reached the limits of their endurance and falling into hopelessness.

He shook his head.  Do not be too attached to the physical body.  Whether I portioned out your body to use as Thiên Linh Cái or not, it would have disintegrated quickly.  At least, in this form, it will be able to protect the kingdom that you love so dearly. 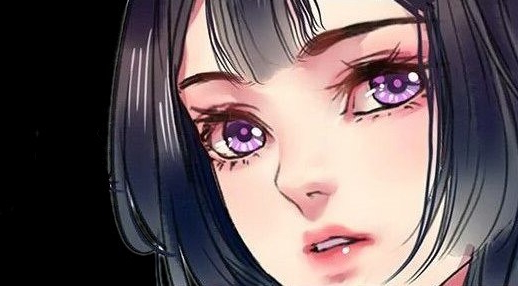 Now then, Kim Đình, there is one more spell I need to perform.  Your three paternal souls—mental acuity, personality, and consciousness—still need to be pinned.    I am now going to transfer mental acuity and personality to your detached skull.  As for your consciousness, I will place it on this lá bùa spell until we can find you a suitable replacement.

He began to speak the incantations, as he wrote out the spell onto a piece of silk paper.

Then, with the flick of a hand…

For the first time since her death, Kim Điền felt grounded and solid again.  She could feel that she existed in this yang realm, because she could feel the skull that Cao Sơn was holding in his hand, contained a large part of her continued existence.

The knowledge that her consciousness and soul was inside a skull that was detached from the rest of her body filled Kim Điền with dread and fear so great that she almost lost her hold on sanity.

Cao Sơn sensed her fear and reached out his hand.  Do not be alarmed, he gently said.  I will teach you what you need to know.  We have a little bit of time for you to get used to this new existence.  Just trust in me.  His eyes gleamed.  You also have other spirits who need your guidance and leadership.  You must stay strong for them.

Other…other spirits?  Kim Đình asked, not knowing if he could hear her or not.

3 thoughts on “The Demon of Thất Diệu Mountain 3”