There are days when I feel normal, and there are days when I feel out-of-sorts, even though I am one of those people who do frequent and regular meditations. I can just imagine how it is for those who don’t meditate at all, and are unaware of other methods to discharge negative energies and ground themselves.  I have always chalked it up to just being a side effects that afflict the females of our species.  But that may only be part of the answer.

Just as the moon’s waxing and waning causes emotional disturbances amongst us Earth-dwellers, so does the sun’s flares, and its lack thereof.  It seems then, that Schumann Resonances do have a correlation to our relative peace of mind as well.

I say relative because let’s face it.  Some people are calmer than others, and for those of you who are really calm and grounded, a day when you are ‘out of sorts’ is probably going to equal some of my calmer moments.

A study published in the October 2005 edition of the journal Biomed Pharmacother showed that we are biomedically affected by the resonances of the Earth. 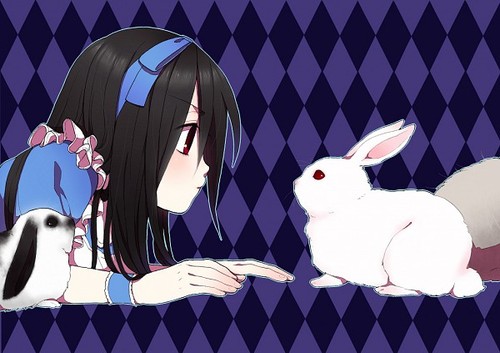 Geomagnetic storms have been found to be accompanied by degradation and destruction of mitochondria and loss of the circadian rhythmicity in the heart rate of rabbits.  Because the magnetoreception of neural structures should be evolutionarily adjusted to these magnetic fields, humans may also have a special sensitivity to geomagnetic fields. In fact, scientific literature suggests that ambient electromagnetic fluctuations, such as geomagnetic activity, may affect our physiology, psychology, and behavior.

Magnetic fields at the frequencies 0.02, 0.5–0.6, 5–6, and 8–11 Hz were the most bio-effective.  Ttranscranial applications of 5 Hz electromagnetic fields in picotesla (pT) range to patients with Parkinson’s disease were found to increase alpha and beta activities as well as the resolution of theta activity in EEG and to improve gait, postural reflexes, mood, anxiety, cognitive, and autonomic functions.  Group mean SBP, DBP, MAP, and DP for enhanced SR days were lower than those for normal days [1]

In a nut shell, following previous research which showed that rabbits exhibited high stress levels, with degraded and damaged mitochondria during geomagnetic storms, the idea was to see if humans would also be similarly affected.  It came as no surprise to anyone that the answer would be a loud and resounding YES!

The research shows that ambient electromagnetic fluctuations DO affect us, not just physically, but also mentally and the only way to combat those effects is to stream into the ambient atmosphere, ultra low-frequency of electromagnetic waves at the frequencies 0.02, 0.5–0.6, 5–6, and 8–11 Hz which has been shown to be the most bio-effective.

This is within the range of the frequency that the Earth maintains, for the protection of her children.  This is our life magic frequency.

7.83 is a very important number.  It is the frequency that our bodies internalize and need to be able to maintain healthy biological functions, and scientists knew that.  It was so important that they built numerous stations all across the world so they could monitor the SR (Schumann Resonances) in every corner of the world.

Everything was humming along just fine…until it didn’t.

June 2014 was the start of an anomalous spike in the Schumann Resonances. Monitors at the Russian Space Observing System showed a sudden spike in activity to around 8.5 Hz.  In an article written on September 24, 2015 by Dr. Kathy J. Forti, Why Is Earth’s Schumann Resonance Accelerating?, the change was documented with a snapshot of the day’s SR, showing that, in deed, there had been a series of spikes in the activities.

Since then, they have recorded days where the Schumann accelerated as fast as 16.5 Hz. (The graph is usually blue with some green, and no white.) At first they thought their equipment was malfunctioning, but later learned the data was accurate. Everyone was asking, what’s causing this intermittent spiking activity? [2]

February 17, 2017 was the day I was uploading my initial post on the Schumann Resonance, aptly named Goddess of Frequency 4: We’re a Movin’ on Up!, and I had debated for the entire day whether or not to post the article because the Russian Space Observing System’s website was completely unreachable.  I finally decided to post it, with a caveat that said I would revisit this once I was able to gain access to the website.

Fast forward seven days later and I was finally able to pull up the website, and what does it show but two days of fairly normal graphs.  But take a look at February 22.  It shows an amazing amount of activity!

Normally the graph is mostly blue with some green and zero white, but the graph for February 22 shows huge spikes in the Schumann Resonance, with wide streaks of white.

After the huge amount of noise that occurred on the 22nd, it gradually calmed to normal by the 24th.

By the 25th, it has all but gone back to normal.

However, on the 26th, which is the date that I am currently writing this post, you can clearly see the white activities resuming again. Keep in mind that this is just a random snapshot of five consecutive days of observation.  Many more will have to be conducted to make any assumptions about such data.

I will continue to keep an eye out for the next several days to monitor this sudden spike in activity, but from what I can gather, these increases are not constant.  Rather, they seem to be cyclic, with surges in between periods of calmness.  It’s almost as if there is something external that is maintaining the Schumann Resonances so that they do not spike out of control.

Since all of this spike in activity started mid-year, 2014, I went back to that year to see if there had been any other anomalous situations surrounding Earth frequencies.

And what do you know…there is! 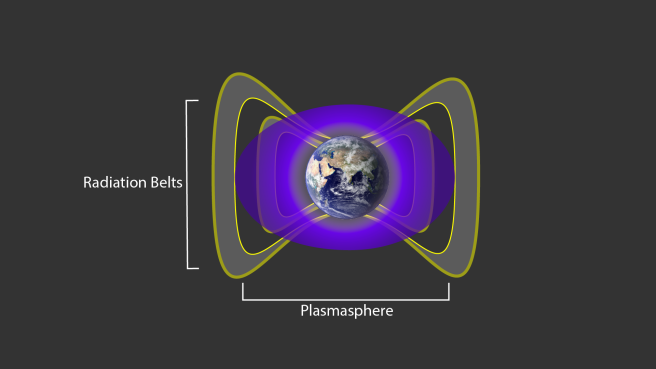 The first two fields are the Van Allen Radiation Belts (the two yellow bands in the image), an inner and outer belt extending up to 25,000 miles (40,000km) above Earth’s surface.  They were discovered in 1958 and are well-known to be Earth’s shields against harmful solar radiation.

Then, in 2014, scientists from MIT discovered a third force field around the Earth (that huge purple sphere in the image).  Now, color me skeptical, but if you have a bunch of probes, out there checking out the Van Allens on a daily for sixty years, wouldn’t you have noticed almost immediately, that huge plasmasphere that’s firmly ensconced around the Earth?

Of course you would…unless it hadn’t been there until 2014.

Since this is important for us to monitor, NASA has several satellites monitoring these belts on a regular basis, and it was these Van Allen probes that found the force field around Earth. [5]  One day it wasn’t there, and the next day, VOILA!  It appeared around the Earth.

Professor Daniel Baker from the University of Colorado Boulder described the phenomenon as, “…it’s almost like these electrons are running into a glass wall in the space, somewhat like the shields created by force fields on Star Trek that were used to repel alien weapons.  We are seeing an invisible shield blocking these electrons.” [4] 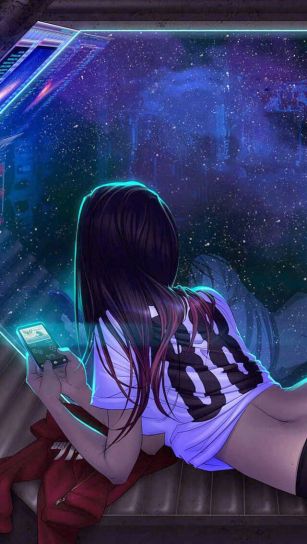 This scientific terminology describes an ultra low-frequency of electromagnetic waves in the Earth’s upper atmosphere that sounds like the typical white noise that resembles static.  It is this static, or hiss, that is keeping the harmful stuff from bombarding us.

Scientists at MIT have found that ‘there’s a hard limit to how close ultra-relativistic electrons can get to the Earth. No matter where these electrons are circling around the planet’s equator, they can get no further than about 11,000 kilometers from the Earth’s surface — despite their intense energy.’ [3]

This is where the Goddess of Sound would interject excitedly, that the Hiss is one of the components in her toolbox that she uses to maintain and control the inner and outer workings of the Universe around her.  This is the stuff of hard core science fiction!  And it’s happening NOW!

In deed.  It seems to this Taobabe as if 2014 was when it all began to go south for humanity.  What I must state with conviction is that we humans did nothing to cause this frequency shift.  We just happen to be living during the cycle of time that certain events are starting to occur.

It certainly seems to me as if we’ve been given a sort of reprieve, at a critical point, some type of force field to shield us and keep our psychological and biological systems from going amok due to the rapid and intense fluctuations of the resonances that had previously been steady as a rock, but I can’t see this as a permanent fix.  Although it’s been holding steady most days, the SR is still fluctuating uncontrollably at certain junctures when extremely volatile events occur, off-world.  Sooner or later, things will start to devolve, and when it does, it will go quickly.

So now we have a tiny thread that is dangling out, which if I start pulling on, might be able to help us unravel all this mystery.   The clue we need to follow is the cycle of time wherein we happen to have found ourselves, and that will be the subject of my next post.

Until then, my friends.

[2]  Why Is Earth’s Schumann Resonance Accelerating?