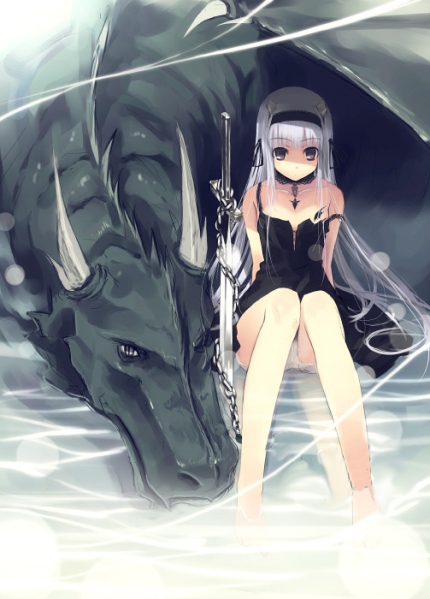 (Continue from Dragons (Part 1):  The Bloodline)

Where were we?  Ah, yes.  Reptilian Genetics.

1.  Reptilian Brain –  AKA The Triune Brain, as coined by Dr. Paul MacLean, who proposed the theory of the reptilian brain in his work, The Triune Brain in Evolution: Role in Paleocerebral Functions, which talks about the reptilian brain.  It was also elucidated and extrapolated by Dr. Carl Sagan in his well-known book, The Dragons of Eden: Speculations on the Evolution of Human Intelligence.

According to these two mental giants, this is an ancient section of our brain.  We have little if any control over this part, and that’s a good thing.  It makes us do things that will generally keep us alive.

We don’t have to consciously think about keeping airflow going into and out of our lungs.  Our hearts beat on their own accord, without being told what to do.  We maintain a fairly constant temperature (most folks are at 98.6 but I’m kinda odd in the fact that I am always at a 96.8 and my skin is always usually cool to the touch).

The reptilian brain also gives us the instincts that we need to survive.  If we see danger, we don’t stop to think, we run the hell away first and then think afterwards.  Those who decide to stop and think about the dangers usually don’t survive to pass their think-first mentality onto their progeny.  The ones who have the run-first mentality, well—they survive longer and pass that urge onto us.

It’s not a bad thing.  It’s the precursor to modern-day, rational thinking humans.  Ya gotta survive first to get to that point, and yes, it is primal and basic, but don’t be fooled by its ancient and humble-looking status as the lowest-tiered brain.

The Neocortex (that rational thinking part that makes up the majority of the brain) processes raw data and shares its analysis with the other two brains—but it does not truly make the final decision.

The Limbic brain region then takes the rational data-driven information from the Neocortex and adds its feelings and emotions into the mix—but it defers action to the next level.

It is the Reptilian Brain that combines all these input and makes the final decision.  It decides what happens next.  It makes the final call.  It is the judgement center, balancing the hard-core data with the soft-center of emotions and then decides with finality, which direction to go that would best preserve the well-being and safety of the person that it has been charged with.

Now, don’t get me wrong.  I am not saying there is a clear and divisive line between the three brains, as I have talked extensively about the fact that the brain acts like a hologram, and each part of it, at the nano level, contains parts of the entirety.  They are all connected.  They work together like a well-oiled fighting machine.  But just because the mechanic can sometimes be a medic, and the medic can sometimes be the soldier, and the soldier can sometimes be a mechanic, it does not negate the fact that they do have their own specialized work to do.

So what’s next in our biological vestige:

2.  Reptilian Heart –  That which beats inside of us without even the need to be connected to a brain is in and of itself, a mini brain because of its electrically-conductive tissues that control the heart, independent from the brain.  It will continue to beat, even outside of its host body, away from the brain and the rest of the other organs.

It is also well-known and recognized that the human embryonic heart is virtually indistinguishable from a lizard’s heart. 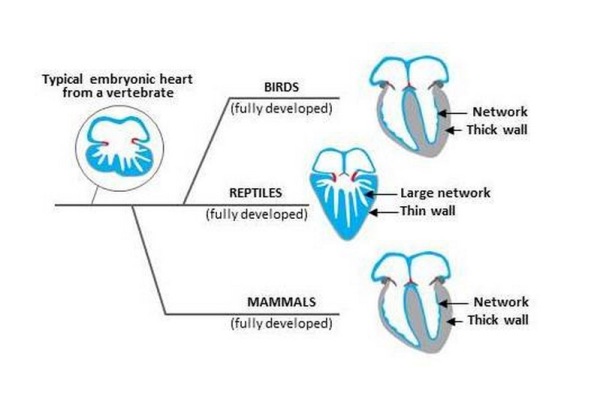 According to Dr. Bjarke Jensen, from the Department of Bioscience, Aarhus University, the spongy tissue in reptile hearts is the precursor to the complex hearts of all birds and mammals and that the genetic building blocks for the higher mammals and birds are the spongy parts within reptilian hearts.  He also added that “by comparing adult hearts from reptiles with embryonic hearts from birds and mammals, we discovered a common molecular structure that’s hidden by the anatomical differences.”

But what is the mind and the heart without the eyes?  This is the triumvirate of genetic gifts that the ancient dragon bloodline has gifted to us.

3.  Reptilian Eyes – Our eyes are incredibly complex.  We only have two of them (that we can see).  The eyes are a huge mystery.  There was no long, clearly delineated progression of evolution which led to the eye as we know of today.  Rather, in a sudden burst called the Cambrian explosion, all of a sudden, we got eyes, eyes, and more eyes.  Eyes everywhere and on every animal that walked, swam, and flew the face of the earth.   But again, don’t take my word for is.  As one rather famous guy said:

To suppose that the eye with all its inimitable contrivances for adjusting the focus to different distances, for admitting different amounts of light, and for the correction of spherical and chromatic aberration, could have been formed by natural selection, seems, I freely confess, absurd in the highest degree.  ~ Charles Darwin

Of course, in an attempt to mathematically calculate the outcomes that would have to occur for the eyes to evolve from nothing into what it is today, a number of mathematicians converged and wrote a book in 1967 called Mathematical Challenges to the Neo-Darwinian Interpretation of Evolution.

The mathematicians  came to the conclusion that:  “however you made the calculations, you ended up with the same conclusion: the length of time life has been on earth was not nearly long enough for all those nucleotides–all that information–to have been generated by chance mutations.”

It may seem as if I am belaboring the point about the lack of evidence for the evolution of the human eyes, but I am not so much interested in the eyes that we can see as I am in the eye that we cannot see.

There is another one, hidden deep within our brain called the pineal gland.  The pineal gland is made up of tissues that are very similar, if not identical to the rods and cones of our eyes.

I wrote about the pineal gland in my previous post, The Body (Piezo) Electric and I detailed how piezoelectricity is used to vibrate waves, which are then picked up by the rods and cones within the pineal gland and produces images that we can see.  This is a vestige from our ancient ancestors, the serpent beings.  We carry that ability within us because we are their progeny.

This third eye still shows up in certain reptiles such as the tuatara, which has a very well-developed parietal eye at the top of its skull.  Even though it is covered with a skin flap, it is still photoreceptive and is light sensitive.

In our brains, even though the pineal gland is completely enclosed by our skull, and there is no light for it to sense, it can still see light.

My hypothesis is that the pineal gland uses Fourier transforms to convert piezzo-created sound waves to patterns, which it then reconverts to light waves, all instantaneously.  I wrote about this in my last post,Holographic Nature of Our Brain.

In my next post, I will talk about the knowledge that the serpent race left behind for us, their progeny.

(Continue to Dragons (Part 3):  The Descent)

The Dragons of Eden: Speculations on the Evolution of Human Intelligence.  Carl Sagan, Ph.D.