Human Fruits sounds rather strange.  It conjures up images of human-shaped squashes hanging on vines, but Human Fruits, or Nhân Quả, is simply what we Viets call Karma, which is Sanskrit for Deeds.  Human Fruit conjures up the idea that anything we do, we receive in kind, the ripening of our own fruits, be they sweet or bitter.

In my previous exploration of Human Fruits, I stated that Karma is so Passé:

Since the Tao means ‘the path’ or ‘the way’, how far have we managed to crawl on the path if the hope of some nebulous reward or the fear of some horrible retribution is the only thing keeping us from doing what is morally right?

Well, that’s all nice and good, Taobabe, (you may drily say to yourself) but you have probably never dealt with the repercussions of something bad happening to you, in your cheerful charmed life, so you can afford to be passé.

To that, I have three thoughts.

As a five-year-old who has experienced the horrors of all-out machine-guns-shooting-at-you war first-hand, and then experiencing an even more horrifying, harrowing long journey through the dark rough waters of the Pacific, I hardly think of my life as ‘charmed’.  I do have, however a very solid and valid context with which to view my current troubles, a way to compare and analyze exactly how bad whatever situation in my life is.

If it’s not as bad as being shot at with machine guns, or clinging to the side of a fishing boat in the middle of the night during a huge thunderstorm, then it’s really not that bad and I can totally roll with it.  As yet, there has been nothing that could be worse than what I experienced back then.  I will let you know if I get into another war situation, but currently, California is not in any danger as of this moment.

Second Thought – I use 3 coping mechanisms:

Of course, life doesn’t have to be that dangerous or harrowing for it to be riddled with certain annoyances.  For those annoying situations that I have to deal with, there are three ways that I deal with problems that I find at my doorstep.

Let’s see if I can come up with an example of my coping mechanism and how well it worked.

I have a neighbor who lives on the hillside above me.  Eight years ago, he came to my door and asked me if I could top off (cut the tops off) several trees of mine so he could get a view of the city.

I knew that topping trees quite often killed them, so I said that I was sorry, but there was no way I could top trees that were forty or fifty years old with mature hanging branches that provided so much living space for all the birds and animals living on them.

He nodded, seeming to accept that answer, but then he waited until I was out of town, and proceeded to cut down a few of the trees in my back yard.

When I came home, I found out about the cut trees and became enraged.

I was so mad, I cried, and accused him of trespassing (which was true) and vandalism (also true).  Of course, he vehemently denied the activity, but I knew it was him because the person who did the cutting was a Mexican immigrant who had been hired by him to do the cutting, and my gardener told me he was the person who did it.

Hiring another gardener to hop the fence and cut down some of his trees would first of all be illegal, and secondly, also take away critical living spaces for the small birds and animals that need the shelter, not to mention hurting yet another tree.  It was totally not acceptable to me.

1.  So I did what any self-respecting Taobabe would do.  I walked away from it all.

At first, it really bothered me, because in hacking off my trees, he not only killed them, he also had a perfect and unobstructed view of my entire back yard.  I could not do anything that he could not see from his balcony, where he often sat all day long.

2.  At first, I just stayed inside, but after awhile, I got tired of not being able to use my backyard, so I began to put up with it.  During the nice cool summer afternoons, I started hanging out in my back yard with my computer and my tall jug of lemonade, enjoying the breezy sunshine.  I could always see his ass hanging out up there on his balcony, but I simply moved my chair and my umbrella so that it blocked out my view of his house.

Then, to block out the sound of his music, I turned on some random Buddhists chanting in Sanskrit.

I also found a really cute one chanted by a little kid in Chinese.  I love this one, to be honest.

I had no idea what they were saying, but it didn’t matter.  The chant was nice and soothing and drowned out his music.  I don’t know if the chanting made any difference to his mindset, but it brought to me a calmness that nothing else could.  It was a long long time later that I finally found out these chants were what’s called the Heart Sutra.

3.  I also actively participated in the reforestation of my backyard by hiring a gardener to plant six more trees in the same area so that in a few years, my tree quotient would have doubled in number.

Let me tell you, I chose a seriously bushy evergreen tree of Peruvian Andes origin called the California pepper tree (Schinus molle).  This is the same pepper that you find when you buy that fancy pink pepper from the grocery store.  They usually mix it with regular black pepper to make it pop and look prettier.

The California Pepper tree has branches that hang in feathery drapes, like willows, but they also have pink berries on them all year long, so they are very beautiful.  They also have the distinct advantage of being a bit invasive, meaning they are seriously hard to kill, and like a weed, they grow to monstrous proportions in a relatively short amount of time.

It only took 3 years, and those saplings I planted had shot up past the height of the original (now dead) mutilated trees.  Eight years later, I have a billowing curtain which covers everything AND gives so much shade and living spaces that my backyard is a cool haven for small animal life like birds and tiny critters.

This reinforces my belief in my coping mechanisms.  I don’t bother to get even, I just live my life as happily as possible, and that always turns out to be the best form of revenge, but that’s not even the best thing about all this.

Without muttering evil incantations at him, or sending deathly thoughts in his direction, I managed to change my living space into something that I am happy with and gives me a sense of peace and happiness.  This is far more desirable to me than sending out negative vibrations that do nothing but bounce all the negative waves that I have generated, back at me in full force.

It would seem as if this is a great completion point, where I end this post with a cheerful positive thought, but at the start, I did say there were three thoughts, didn’t I?  It would be remiss of me to forget the third thought, which has to do with what’s known as Karmic Monetary Funds. 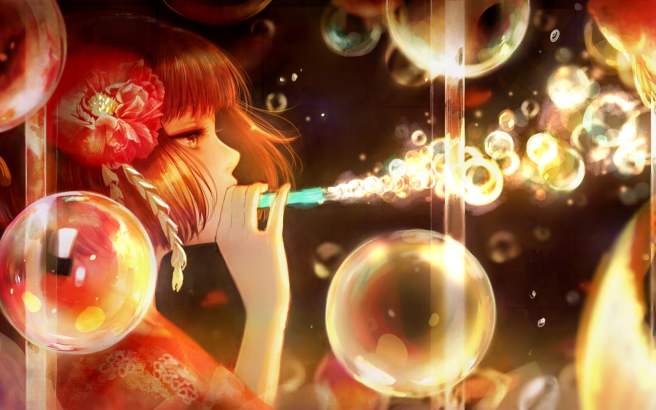 As strange as it may seem, there are some people who think that karma can be stored up in little packets, and those packets can be transferred, a few at a time, to other people or animals or things via some obscure rituals of some highly secretive method that no one is allowed to penetrate unless they were ordained priests or monks.

This transmute karma seems to be also something that can be inherited, i.e. transferred to your children and their children.  It seems to go the other direction too, whereby you are the recipient of wonderful (or terrible) things your parents or grandparents did and now have to deal with the consequences.

Since this is a bit involved, I will end this post and do one full posting on the strange idea of Karmic Monetary Funds.