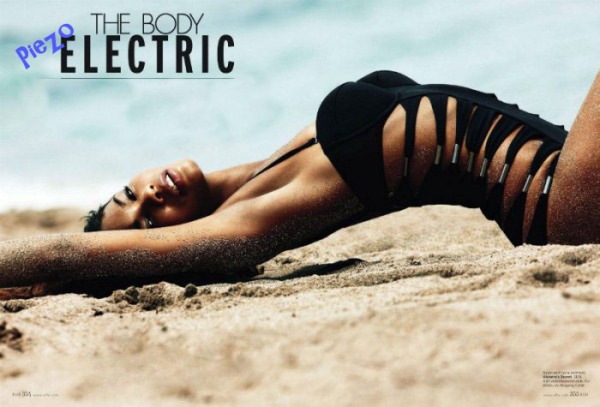 Note:  This is a continuation of the discourse from my previous post:  Star Wars, the Force, and the Third Eye.

If you haven’t heard the latest buzz, then your pineal gland isn’t working too well.

Well…not really.  Pineal glands only buzz when they are activated, and quite honestly, most of the times, it’s NOT buzzing.  You may think it’s buzzing, especially at times when you’re trying to concentrate on something or trying to sleep, but it’s most likely just an annoying low hum from some poor overworked and under-appreciated appliance like a refrigerator or an air-conditioner.   Yep.  ’Bout the only time you get a (non-alcoholic) head buzz is when you have worked hard and earned the right to feel the buzz.  You have to develop breathing techniques, meditate, chant, eat right, do all kinds of contortionistic body-kinking yoga, and you have to do it for YEARS.  And maybe—just maybe—if you’re lucky enough—one day—your pineal gland will BUZZZZZZ.

It is not something that is so overwhelmingly mystical and supernatural that the ordinary human being (or even a run-of-the-mill Tao Babe) cannot hope to attain.  Your pineal gland buzzes because it was designed to buzz.  It will buzz when it becomes activated, sometimes, when you are awake and focused, but more often than not, it’s when you are dreaming.  There really is a science behind all that buzz.  It’s called piezoelectricity and guess what, we’ve known about piezoelectricity for over a century.

The Egyptian Eye of Horus and a cross-section of the human pineal gland, as seen from the side.

Actually, we’ve known about it thousands of years ago.  Unfortunately, all this knowledge was driven into the underground by overzealous religious nutters during the Dark Ages who decided that communicating with a higher force was only to be done by a religious leader.  All other humans who were not designated leaders were not allowed the knowledge to receive communications with ‘God’.  Fortunately for us modern-day ‘heathens’, we don’t have to worry about being burned at the stake or being flayed and tortured any longer.  After all, it’s against basic international human rights law to harm another human being just because they’re trying to vibrate their glands.  Or so I’m told.

Any way… what was I saying?  Oh yes.  Piezoelectricity. 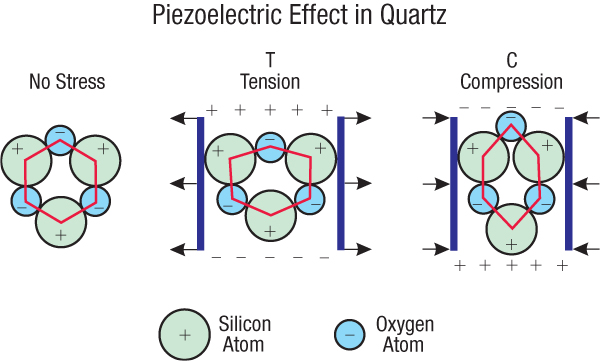 Piezoelectricity is the charge that is generated when two materials are compressed together.

The question is how do they buzz, and more importantly, why?  The how is easy enough to explain.

Piezoelectricity  is the charge that accumulates in certain solid materials (notably crystals, certain ceramics, and biological matter such as bone, DNA and various proteins) in response to applied mechanical stress. The word piezoelectricity means electricity resulting from pressure. It is derived from the Greek piezo or piezein (πιέζειν), which means to squeeze or press, and electric or electron(ήλεκτρον), which stands for amber, an ancient source of electric charge. ~ Wikipedia

This very exciting phenomenon regarding piezoelectricity was discovered back in 1880 by French physicists Jacques and Pierre Curie.  And before you even have a chance to ask—YES, YES, YES, it’s the same Pierre Curie who was married to one of the most famous Grande Dame Babes in Babe-ville, Marie Curie.

Now, remember, piezoelectricity is rampant.  It’s everywhere we look and everywhere we touch.  It’s not some ancient, dark, mystic, secret that is exclusively owned and guarded by some Holy Order of the 33rd Degree Bloodline Dragonfly Sect (or whatever other secret society you wish to name).  Quite a number of materials, both natural and synthetic exhibit piezoelectricity.  In no particular order, here is a partial list:

However, it is one thing to be able to generate piezoelectricity and quite another to tune in and to understand exactly what is being transmitted.  What most of these materials lack is the eyes and the brain connection with which to receive and to interpret the signals.  They can receive and vibrate waves forever, and nothing will ever come of all the waves that are given off by all these materials.

Lucky for us, we have the necessary eyes and brain to be able to intelligently look at and interpret the waves for ourselves.  Notice that bone is one of the materials that has piezoelectric properties.  It so happens (surprise!) that those unusual calcified deposits floating around in the pineal gland are chemically similar to bone mineral.

In the presence of a magnetic field, these calcifications contract and expand, causing them to turn into sound waves, hence the buzzing or humming sound we hear when our pineal gland is activated.  The sound waves are then turned into electrical currents, and even light, which is then picked up as visual images by the pineal gland.

In fact, it is not an exaggeration to say that we sing the body electric, and that Ray Bradbury was not describing some strange science-fiction phenomenon about an immortal Electrical Grandmother but was actually trying to describe the immortal aspects of the human body.

Oh great, now I’ve got Body Electric running through my mind’s ear, like some happy-happy, joy-joy ear worm and I can’t get the song out of my head.  It’s like I’m an ear worm magnet.  I suck ear worm songs right into my otoconia (those small piezoelectric crystals in the ear that determine the direction of gravity) and it buzzes the frequency of that song ALL THE DAMN DAY.

Well, that’s pretty similar to what we do to light.  We are like black holes.  Wherever we are, there is light—the rest of the room is dark.  We suck it all into our DNA and we use this light to maintain our huge well of electrical impulses which sizzles through our bodies and fires off all our nodes and connections.  Our entire mind and body is a huge magnet which attracts every ounce of light that comes our way from the universe.  If we could see ourselves in all the frequencies of energy, and in the way that others see us, this is what we would see. 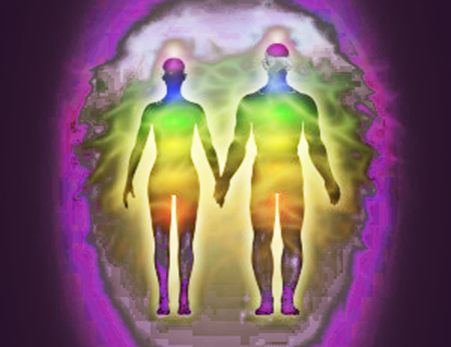 We are the energetic principality of light which sparks the photon waves into matter.

But again, I digress.  I will have to talk about the human aura another day, on another post.  This post needs to remain within the realm of the pineal gland and the how (and why) of piezoelectricity.  I have detailed the how of it all in this post.  In my next post, I’ll talk about the why.

9 thoughts on “The Body (Piezo) Electric”