A Tao Babe is not a recent phenomenon and certainly no passing fad.  Tao Babes have existed in time immemorial; their only requirements to join this not-so-exclusive club is their loose adherence to the understanding of the true nature of the Tao and their steadfast belief in the power of the female energies within themselves.  Tao Babes are not meek.  Tao Babes are not shy.  Tao Babes rule.

If they’re not some queen or ruling elite, they are advisers to a ruling monarch, or teachers, or mystics, or shamans, or medicine women, or seers, or heads of their own clans.  They wander around all over the place, doing powerful magical things and not giving a damn what others may think women should or should not be doing.  They firmly believe in the equal placement of women within the world where half the population is female, and the yin energies are just as strong and just as required for life as the yang energies.  They are sexually uninhibited and balanced in their outlook on their bodies.  In fact, they wrote the book on balanced human sexuality.

Let me start off with the Grande Dame of them all, Queen Hsi Wang Mu.

Hsi Wang Mu (王母娘娘) means Royal Mother of the West, not to be confused with the Royal Mother of the East, which I will detail in future postings.  Since this is a (loosely-adherent) Taoist website, I cannot neglect to mention that her official Taoist title is Youchi Jinmu (瑤池金母) or Golden Mother of the Shining Lake.  Her origins have been lost through the passages of time, but her legend lives on, made even more wondrous through centuries of telling and retelling. 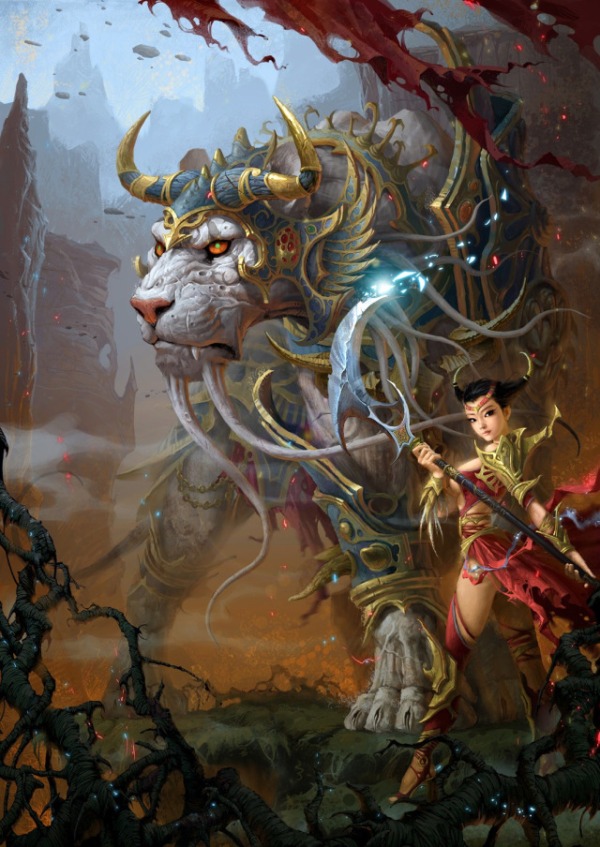 Let me tell you, this woman was wild!  According to ancient legends, she could shape-shift into a magnificent white tiger any time she wanted, and when she did, she was a holy terror.  They described her as wild-looking, with crazy ratted hair that stuck out everywhere.  She had fangs like a tiger’s even though her head was human, and she had a leopard’s tail too!  That’s how wild she was.

Personally, methinks she just owned a pet white tiger and it was so fierce and terrifying in its beauty, the people fused the tiger and the lady into one being.  It does nothing to make her less amazing.  She had always been the Queen Royal Mother of the West, heads and shoulders above the general crowd of deities roaming around the general populace back in those days.

Queen Hsi Wang Mu is the embodiment of the Yin (as in Yin/Yang).  If ever there was a ‘patron saint’ of the female of our species, it would be Hsi Wang Mu.  She has a special relationship with all women.  According to Tu Kuang T’ing, a Taoist scholar of the T’ang period, the most important functions of the Queen Mother of the West is to care for and aid all Taoist women in their quest for transcendency (yay Mom!).  She is also the teacher, judge, initiator of mystic seekers, and guardian of female Taoist believers.  In Tu Kuang T’ing’s hagiography, he states:  “In heaven, beneath heaven, in the three worlds, and in the ten directions, all women who ascend to transcendence and attain the way are her dependents.”

What he failed to mention was that she took extra special care of women who were not part of normal society—women, whether by choice or by chance, who were not part of the patriarchal family system—they were regarded as her special protegees.  It didn’t matter what their profession was and whether they earned their own way as traders, crafters, entertainers, prostitutes, or became saints and sages who attained the Tao.  If they were women, she protected them.  According to a more contemporary source, the queen mother was held in especially high regard by Chinese women who did not represent the societal norm of the submissive woman. To these women, The Queen Mother of the West was seen as “a powerful, independent deity representing the ultimate yin controlling immortality and the afterlife.” (Cahill, 1986)  She did not need to make any judgement calls, and she followed no human-invented moral standards.  She reached out to all women equally, and with compassion and she was their champion.  Now that’s my kind of Tao Babe.

But that’s not all she does.  The Queen was a literary giant.  She had the largest, most expansive library in all the lands, comprising all the greatest Taoist scriptures in her Jade Palace.  She was also a great teacher.  She oversees the Taoist methodology of self-transformation known as internal alchemy.  This includes meditation, breath and movement practices, medicines and elixirs.  According to Cahill, “Many accounts show Xi Wangmu as the ultimate source of teachings transmitted by female sages and transcendents to mortal men. The Zhen Gao scroll lays out a complete spiritual matrilineage that begins with Hsi Wang mu and enumerates clans and religious communities in the female line.”

This woman was not just a Queen of the rulers, she was a King maker.  Emperors had to visit her at Jade Palace in order to legitimize their claims to rule, and when they became monarchs, she would often send one or more of her daughters to the king to school them in all manners of behaviors, literature, government, and the sciences.  The emperors Shun and Yü studied under her, and the Yellow Emperor had to learn many (ahem) bedroom techniques and practices from her, as passed down through her two daughters, Xüan Nü and Su Nü. 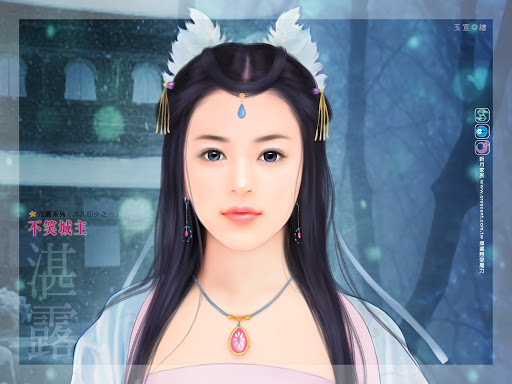 Her associated color is white, her familiar, a white tiger.  Her season is autumn, and her element, metal.  She is the goddess of death, but she is also the goddess of immortality (go figure).  She had no husband that anybody knew about.  In later retelling of her legend around the Han dynasty, the Han scholars made up a male husband to balance out her yin energies a bit because, heavens forbid, women couldn’t get that powerful on their own.  First they said her husband was Dong Wang Gong, then they said he was Tai Shan, and then it was Yu Huang.  Nobody could get the story right because that was what it really was, just a story.  The only truth that could be said about her matrimonial status was that nobody really knew.  In fact, one of the earliest written references to the Queen Mother comes from the Inner Chapters, part of the writings of the Taoist writer Zhuang Zi (circa 300 BCE):  “The Queen Mother of the West obtained it…” (_the Tao) “…_and took up her seat at Shao kuang. No one knows her beginning; no one knows her end.”

She is said to live in a gorgeous nine-storied palace made of pure jade.  I think that’s a bit suspect since jade is not really that hard as a building substance although I could see jade being embedded into andesite or diorite as decorative materials.

The palace lies in the mythical Kun-lun mountains, near the Lake of Jewels and the entire royal estate is surrounded by a wall over a thousand miles long, made of pure gold.  Again, from what we know of gold as a building material, I think, the tale of the wall being pure gold is a bit on the corny side since pure gold is quite soft and wouldn’t be able to hold up to much daily wear and tear.  However, humans have been known to gild buildings and statues and furniture with gold leaf, so this is something that was probably done to the walls around her home.

It is not her gold or her jade that is her true prized possession, however.  It is her peach orchard.  The peach trees are said to only bear fruit once every three-thousand years, and the peaches take another three-thousand years to ripen.  The cycle is six-thousand years, from flower bud to mouth.  Once the fruit ripens, it is said to give a lease on immortality.  The stories of her immortal parties are stuff of legends.

Queen Hsi Wang Mu invites all the big wigs of Immortals to her palace for a huge feast, with the grande finale main course being her immortal peaches.  They all come and eat her peaches to remain Immortal.  You see, according to the legends, just because you have achieved immortality does not mean you are REALLY immortal.  That’s just a tale that’s been told to the unsuspecting public who thinks that the material 3D body can be maintained indefinitely.  Truth is, in this density, even stars have to die at some point, and Immortals are no stars, let me tell you.  Immortals can still be annihilated if someone knows how and what to do.  Look at what happened to Dumuzi!  By the time Marduk was done with him, all they could find of his body was a single testicle.  OUCH!

So anyway, the immortals go to her parties and renew their lease on immortality by partaking in the fruit and gaining another lease on their immortality.  Unfortunately, as the legends say, the last time they had a Peach Party, a crazy, cracked, Immortal named the Monkey King ate all the peaches.

But that’s another story for another day.  Monkey does deserve a post all on his own.  He’s very Taoist, in his own Monkey sort of way, and as funny as they come.

I’m going to move to the next Great Tao Babe –  Sun Pu-erh.