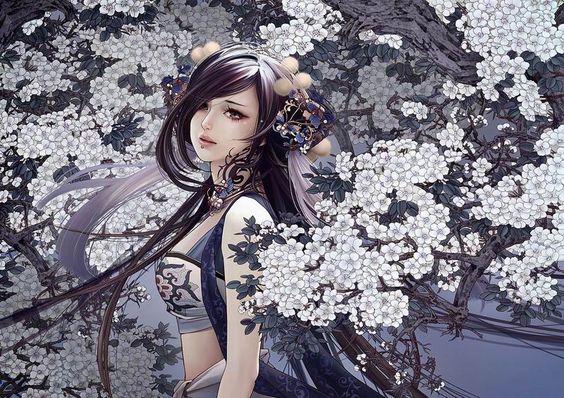 I am one of those individuals who never learned my people’s ancient history from a classroom.  Everything I have learned all came from ancient books which I have had to painstakingly translate and/or decipher, using a very thick ancient Viet dictionary.

Famous foreign sources (Chinese) usually have English translations, so that is a great help, but most ancient Viet books have never been translated.  This means I have to do most of the grunt work myself.

Then, I have to dig through modern archaeology, geology, oceanography, paleontology, human, animal, and plant genetics, and various other studies, including vulcanism and plate tectonics in order to piece together the fragments of ancient writing that prove what modern scientific findings allude to.

It’s slow going, and most of the time, I am scrambling about in the weeds, trying to find the relevant material from amongst seemingly random stuff. 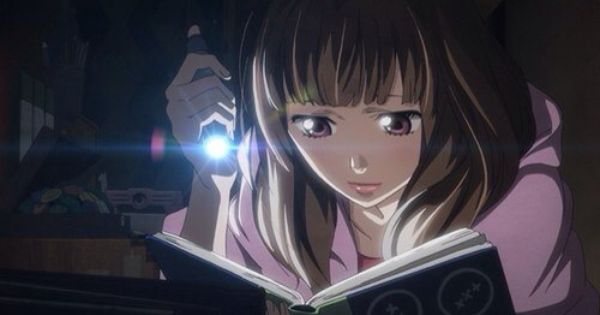 Having said that, there is plenty of material on Bách Việt ancient civilization, and it has been a serious lack of diligence on my part that I have not gone into detail about this very important subject, so I will rectify the situation and address this crucial information.

Up until this point, I’ve been talking about the one-hundred Việt tribes throughout my website, but I never really defined who the Bách Việt were. 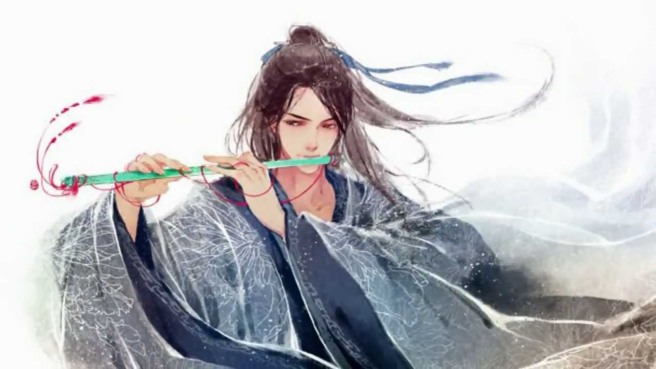 In ancient times, the Han Chinese referred to those living south of the Yangtze (Trường Giang river) collectively as Bách Việt, which means the one-hundred Việt tribes.

In the Sách Hán Thư (漢書), an ancient Han documentation, it is written:

Within five miles from Giao Chỉ to Cối Kê (within the region south of the Yangtze river), the people of Bách Việt can be found everywhere, each group with its own individual regional customs.  [1]

According to ancient Han Chinese historian La Hương Lâm (羅香林) the Bách Việt people have the same ancestral origins with the House of Hạ (the royal lineage of the kings of Hạ.

Furthermore, Neolithic archaeology excavated from Quảng Tây (Quanxi) and north Vietnam, with emphasis on the aggregate ancient tombs found within these areas show that the Bách Việt people have their origins in the south, with close association with the Hòa Bình and Bắc Sơn civilization from Vietnam.  [2]

This explains who the Bách Việt are, but what does the word Bách Việt mean?  Well, here’s a surprise for you.  Regional dialect linguists have ascertain that the phonetic sound of the word 越 (Việt, Yue, Yueh) may be associated with the hemp plant since the region south of the Yangtze river is where it was found to be mass cultivated.  [3] 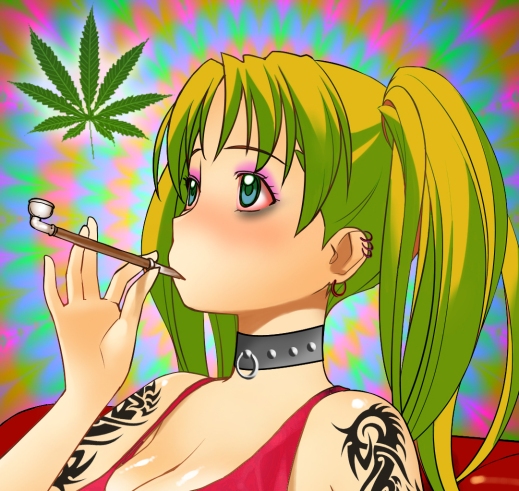 Now that may seem the ultimate in coolness, but there is more relevant meaning of Bách Việt.  The word Việt (越) is also associated with the word việt (鉞 ) which means a giant axe, an ancient weapon of giants in the far past, and also the symbol of the power of the royal emperor.

Many giant axes have been found in the region of Hàng Châu (Hángzhōu 杭州 ) with plenty of solid evidence that those axes were invented in the southern regions.  In fact, the first historical mention of the people of Bách Việt from the ancient Han writings describe a people who wielded an unusual weapon that they called a Việt.  [4] 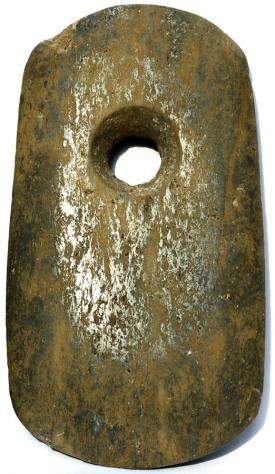 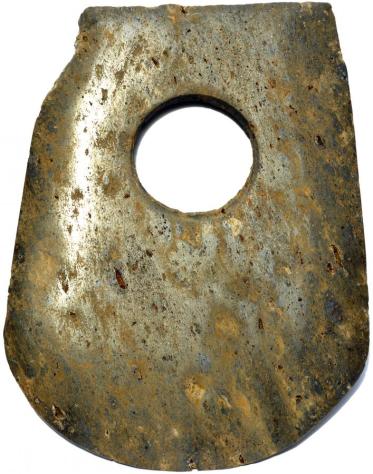 This Việt weapon was a diamond-polished stone axe–unheard of six-thousand years ago, and something that the Han Chinese did not have.  It was the sole invention of the people living south of the Yangtze.  Although modern archaeologists label them as Chinese because they were found within the borders of modern-day China, they are actually of Vietnamese origin.  [5]

All these names are still in use today, in various phonetic forms.  These kingdom states were documented as being part of the empire of Emperor Hùng, collectively called Văn Lang (aka Lĩnh Nam). 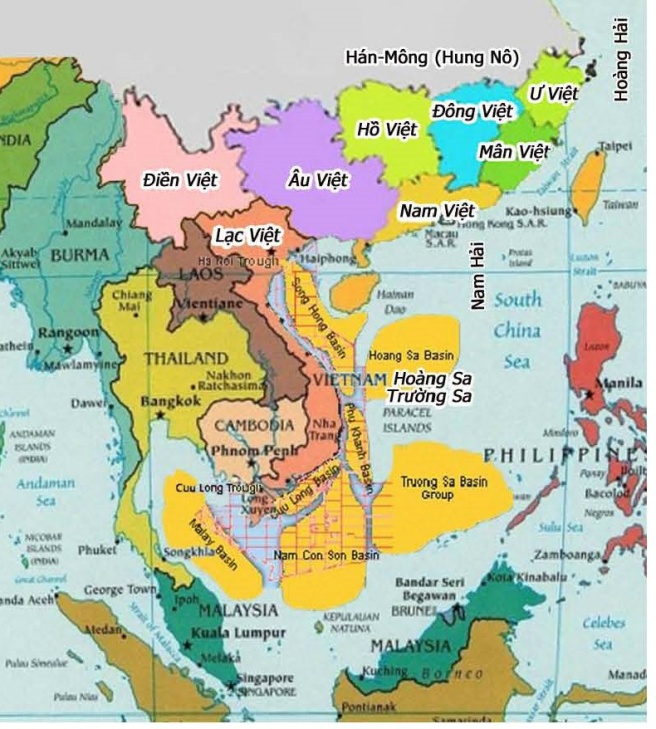 As you can see in the image above, half of Giang Nam was part of the lands belonging to the kingdom state of U Việt, one of the loosely held kingdom states of Bách Việt.

Since this was a very wealthy region, even by the standards of the day, Ư Việt, along with Mân Việt, were the first to fall into Han Chinese hands. 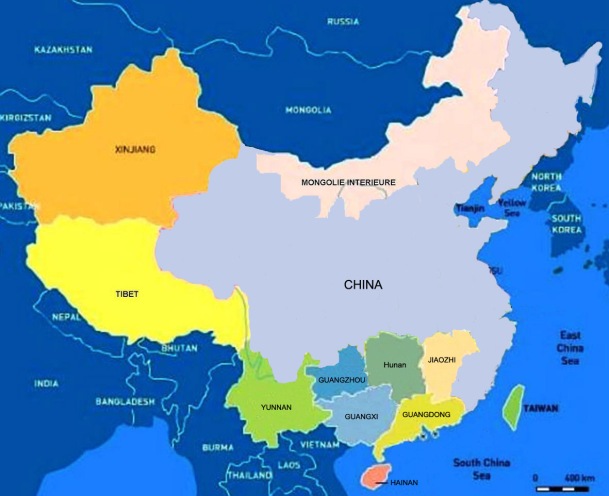 By the time The Trưng Sisters had begun rallying the people of Bách Việt, the remaining kingdom states looked like this.

The loss of Giang Nam (Ư Việt and Mân Việt) was heartbreaking for my people.  We wrote songs and poems, documenting this loss, one of which is a famous folk song called Lý Giang Nam.

This song, although simple in format and contains only a few words, is actually very important for various reasons.  I will detail these reasons in my next posting about Lý Giang Nam